Add Any WordPress Data to Elementor with Shortcodes

I’m a recent convert to Elementor. While I initially began using it to build out landing pages, I soon realized it was a fantastic tool for designing entire WordPress sites. Most of my sites now run off of Elementor.

However, Elementor isn’t without its limitations. For example, the data you can add to a single post page can be somewhat limited. Fortunately, using WordPress shortcodes and the Elementor shortcode widget, you can add pretty much any data you need to an Elementor page quickly and easily.

When I created a new single post page for Unseen Japan recently, I realized two things were missing that I deemed essential. The first was the featured image caption. I use the caption on Unseen Japan to identify the source of feature images. This is important to show that we’re properly licensing the stock images we use. However, it’s also important as we’re beginning to commission custom art for some of our articles. The feature caption lets us give the illustrator proper credit and link to their social media accounts.

Another reason I wanted to add dynamic data to our Elementor pages was for our translations. We occasionally translate pieces from Japanese. In those cases, I list the author as the original author – but I also wanted to call out the translator and recognize their efforts as well.

Fortunately, adding these didn’t require much work. The trick was using WordPress shortcodes.

Most of you WordPress diehards know that Shortcodes are basically macros – code in between a set of brackets with zero or more dynamic parameters passed in. Shortcodes enable easily adding dynamic functionality to content in WordPress.

While commonly used in the body of posts, Elementor also supports a Shortcode Widget. This means that we can define our dynamic data as shortcodes and easily add them to our Elementor design!

Let’s see this in action. Feel free to try this out on your own site. (If you’re using a host like Kinsta, I recommend creating a staging version of your site and making your changes there first.)

First, let’s define our first shortcode – the featured image caption shortcode. To do this, we’ll place the following code in our functions.php file. (Remember: If you’re using a template that someone else created, create a child theme first.)

This code is pretty straightforward. The function uj_get_feature_image_attribution() returns the featured image caption. If the code looks a little weird, remember this is because WordPress stores feature images as posts in its database. The feature image’s caption is stored as the post’s excerpt property – hence the calls to get_post and post_excerpt.

Our second shortcode’s a little more involved – but not much. For posts that are translated, I define a custom metadata element called translator_user on the post. The shortcode checks to see if translator_user is defined on a post. If it is, it returns the author’s name and a link to their author page.

You’ll notice I wrap both elements in a span with a CSS class defined. This will let me apply styles to the element in Elementor.

Now the easy part: adding the shortcodes to the template. In the Elementor editor, search for “shortcode” in Elements.

Drag and drop it to the desired location. Then, in Edit Shortcode, add the name of the shortcode. Make sure to include the brackets. Then, click the Apply button.

Elementor will refresh the page and you should now see your shortcode.

To apply styling to the text returned by the shortcode, in Edit Shortcode, go to Advanced->Custom CSS. Elementor provides a mini-CSS editor that lets you apply styles to the current element. In this case, we set the class uj-translator to render as italic.

And that’s that! With just a little custom PHP code, we’re able to add new metadata to all of the site’s posts in Elementor. This is a ridiculously helpful trick that can be used to render all sorts of dynamic and conditional content on your posts, creating a rich experience that adds to Elementor’s great out of the box templated designs.

Not an Elementor user yet? Sign up and get started for free and try it for yourself! I promise – it’ll change the way you WordPress. 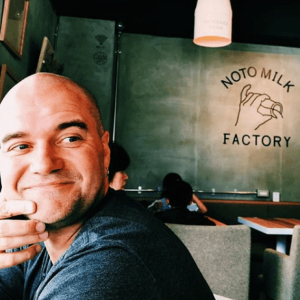 Jay leverages 25+ years in the tech industry to build scalable online solutions for businesses, such as e-commerce sites and customer relationship management systems. Jay and his wife split their time between Seattle, WA and Tokyo, Japan.

To get started with a discussion of your needs and a list of prices, please contact me today. I’ll be in touch with you within the next 24 business hours.

Any cookies that may not be particularly necessary for the website to function and is used specifically to collect user personal data via analytics, ads, other embedded contents are termed as non-necessary cookies. It is mandatory to procure user consent prior to running these cookies on your website.